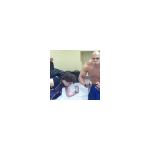 Kite of the Azure Flame

"Hello, and welcome to 'The World'. -Mitsuko to a newbie-

"Skeith, The Terror of Death...Sometimes I feel like he controls me in battle... -Mitsuko thinking to himself-

Mitsuko has the appearance of a teen with pure white hair worn flat down on all sides & calm, trusting aqua-blue eyes. In his initial form, he wears a silver, tight-fitted outfit. Only two-thirds of his arms are covered, with the middle part left bare and is shirtless, showing his wave symbols: hexagons on his arms & waves on his torso. The mark on his face resembles a sky crest.

In Mitsuko's second form, his torso & arms are now fully covered & gold-like plating were added to his shoulders & hips. His wave symbols & markings are slightly white now. In this form, he gains the use of his Blade Brandier job.

Mitsuko's appearance changes alot in his last form. In this form, his appearance is that of a holy knight. He nows has angel-like wings on his back. On the center of his chest is the japanese character of "light". The marks on his face now resemble scars from a sword injury & his wave tattoos are completly white. Not only does he gain access to his Edge Punisher job & Weapon Change, but his color scheme changes from silver to white/navy blue.

After accidentally getting too close to Haseo when Corbenik's "Rebirth" activated, Mitsuko also received heavy PC damage with Haseo, but he managed to log out before anything serious happened. In this form, several things are granted to Mitsuko: His PC color is a complete invert from his third form (i.e. black/crimson red), his wings become bony instead of feathery and are on his lower-back instead of his upper-back. He even gains new powers: Helba, wanting to give him a gift, gave him his own "twilight bracelet"; it can perform Data Drain like the others but, because Helba knew of Fuijmoto's facination with the Cursed Wave, it can also perform a skill similar to each Epitaph's title. Mitsuko can also use his wings to "fly" to different areas without the need for a Chaos Gate or Plateform. To blend in with other players, he alters his appearance to mimic his 3rd Form.

Mitsuko is a very helpful person, often seen in the Δ Server helping noobs get a good grip on the games mechanics and even gives them helpful advice when they need it. He even gave his Member Address to 1000 newbies so far. He may have a bright, up-beat, optimistic personality but in battle he is a fierce fighter and proves why he is so famous. If someone is in trouble or confused about what to do next, you know that Mitsuko is the one to call. He seems to know something about the 8 Phases & the Epitaph Users, but lets on less than he knows.

Mitsuko's player, Fujimoto Kaito, is a freshman at a private school in Tokyo. He is friends with Kite's player & promised Kite that he would visit Yasuhiko in the hospital everyday untill he woke. When Yasuhiko awoke from his coma, he quickly rushed to a computer and e-mailed Kite that he woke up. He works part time at a flower shop. He started playing "The World" becuase he heard that it was awesome.

Mitsuko likes flowers & even has a few of his favorite cherry blossom plants in his house. He's so good at caring for flowers, that he even knows the right amount of sunlight & water to give different flowers. When he is not playing or tending to his plants, he is practicing Kendo, various Martial Arts, or caligraphy.

Mitsuko always watched Haseo from afar just to see what Epitaph Users can really do. In Rebirth, he just simply observed Haseo's actions. In Reminisce, he watched as Haseo tried to get Atoli's Avatar back. And in Redemption, that's when things whent wierd. He was to close to Haseo's party when Ovan activated Rebirth and got his PC wrecked because of that. Afterwards he had to call Kite and ask him if Helba can help repair his PC. After a few hours, Helba arrived and helped fix his PC and gave him a special skill to him: access to a flip side of his 3rd form, Demon Form. By the end of Redemption, he resumed helping noobs.

Even though Mitsuko is very famous among players, he is not as famous as the Descendants of Fianna

Mitsuko's wings, like Balmungs, are completely functional for things ranging from getting a good view of the field to traversing long roads quickly

Retrieved from "https://dothack.fandom.com/wiki/User:Kite_of_the_Azure_Flame?oldid=47870"
Community content is available under CC-BY-SA unless otherwise noted.