Maybe it'd be better to just have a shorter version under games? I mean Kite's story in the game is more or less the same thing we have written in each game section. --CRtwenty 01:35, 22 August 2006 (UTC)

Holy crap. That's a huge wall of text. It beats out Elk's by a long shot. Kulaguy

Do you guys know what happened to Kite's player during the events of G.U.? --Greyrose

Off elsewhere with his life, possibly in college. It is never stated where he went off to, but it is widely accepted to assume that he just grew out of the game to deal with other stuff. --Gundam Fan 11:13, 14 June 2007 (UTC)

Would it be alright to assume that the information Kite gives in the "Correct" e-mail chains is actually what he's like? --CRtwenty 18:33, 22 June 2006 (UTC)

is that naruto thing really true is seems made up.

It's true. Sadamoto specifically said so. In other news:

As weird as it sounds, I think I remember the Naruto games and .Hack games being made by Bandai Namco so this could actually be true, especially since Sasuke is said to be related to Haseo, and that their both voiced by Yuri Lowenthal for the English one. (I wonder if Japanese is also the same.)

I really don't like that Kite image that was uploaded. It seems very blurry to me and somehow just not right. What does everyone else think?--Ellimist 04:21, 6 March 2007 (UTC)

UPDATE: After looking at the official CG images, I have to say that most of them look godawful imo, the Heavy Axeman characters in particular are way too big to have a decent looking pic on the template. It doesn't feel right having Kite be the only character with a CG image either. So I think we should change it back. --CRtwenty 05:43, 7 March 2007 (UTC)

NEW UPDATE (I feel like I'm talking to myself -_-) After discussing this on HoL, I found quite a few people who said they prefered the artwork as the template picture. So I'm changing it back to just a profile picture. If you don't agree with that feel free to talk about it here. On an unrelated note, could somebody snag a picture of Kite's original (green) character model? --CRtwenty 19:10, 9 March 2007 (UTC) 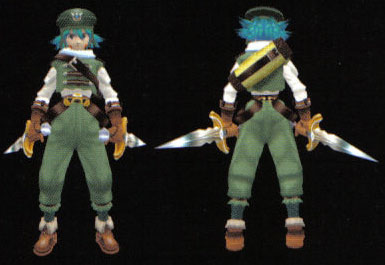 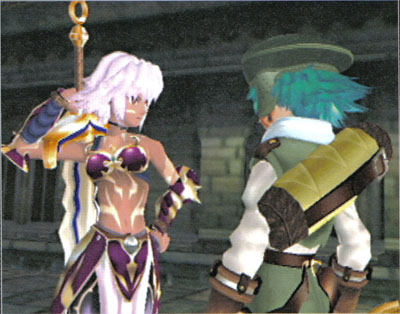 Not quite that much. In artwork he's depicted as having pure blue eyes, but in cg images his eyes have a very slight greenish tint. --CRtwenty 02:53, 13 March 2007 (UTC)

Ok it says that his pc change to look more like afk from gu, does someone got a pic if this is true --Dark Knight Sparda

With the arrival of the Kite from .hack//LINK, do you think we should make Kite into a disambig page and move this page to Kite (Games) or something? I believe we should. --CRtwenty 05:53, 27 November 2007 (UTC)

Not really. Aida is a fairly common name, and the AIDA were named that to form a cool AI acronym that sounded like a name, like HAL 9000 or SARAH.

i was searcing .hack//JOJO and found this on Kite's profile page. There are more sections, and I was wondering if it was anything from a bonus comic that we needed to add. From what I saw it basically states Kite appeared in a tournament and defeated Iyoten and Asta. Anyway is any one willing to take a look? http://wiki.livedoor.jp/jojogu/d/%a5%ab%a5%a4%a5%c8

Was the players name ever spoken?

If it's deemed not important enough for the Trivia, by all means take it away. It is revealed when answering Sanjuro's e-mail "Musashi 2" I believe. Dmitri Valentine (talk) 14:56, September 16, 2012 (UTC)

Retrieved from "https://dothack.fandom.com/wiki/Talk:Kite_(R:1)?oldid=63974"
Community content is available under CC-BY-SA unless otherwise noted.