The promo screenshots have revealed that his name is "Death Grunty" should we rename him? --CRtwenty 02:53, 2 September 2006 (UTC) 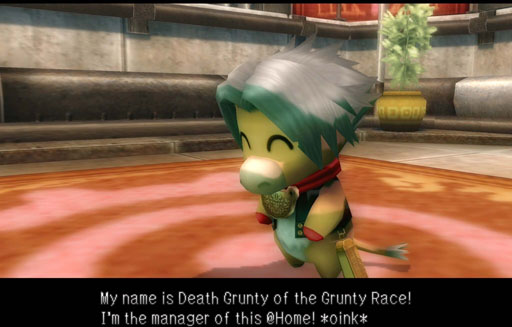 In the Trivia section, it says: "Death Grunty is the only Grunty to portray its piglike appearance, justifying it with an *oink* at the end of each sentence." Doesn't Mecha Grunty say "Oink" sometimes as well?--Semysane 09:36, 28 January 2007 (UTC)

Ya think it would suit nice if there was an Xth Grunty in Redemption? By the way: Dude, that picture up there actually turned me on lol.

Retrieved from "https://dothack.fandom.com/wiki/Talk:Death_Grunty?oldid=32788"
Community content is available under CC-BY-SA unless otherwise noted.