If you go to the Avatar VR and lookup AFG, it says that AFK become AFG by drain hearting the field. Probably not an avatar then.--Spiritsoulx 02:43, 21 February 2007 (UTC) 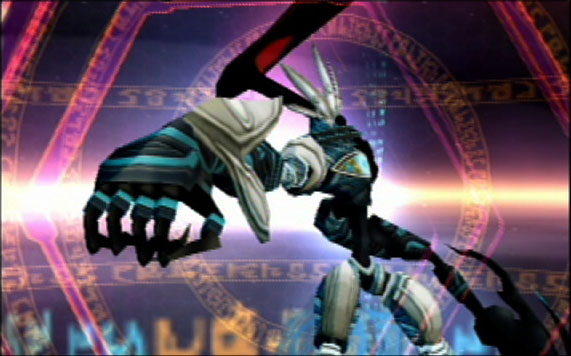 If the avatars themeselves are not all the phase data would that mean the ones that Kite fought were stronger?

Depends on what you mean by Stronger. The data lost might not even be relevant to their strength, like graphics data or something, who knows? In my personal opinion, the Avatars are much stronger than their original Phase forms, by virtue of the fact that Kite can't even see them, much less hurt them in any sort of way. --AuraTwilight 01:39, 21 February 2007 (UTC)

As the bearer of the bracelet he probably can see them.

If Aura gave Kite the bracelet to fight the Phases then I'm pretty sure he can see avatars.

I mean the original Kite, not Azure Kite. And I doubt Aura programmed the Avatar to recognize Avatar Space. If he can't see his OWN BRACELET, then he shouldn't be able to see an Avatar. --AuraTwilight 04:16, 21 February 2007 (UTC)

Oh, the original Kite? Yeah I doubt he could see it. As you said he couldn't see the Bracelet, so I don't think he could see Avatar Space. I thought you meant Azure Kite who definitely can see Avatar Space, being that he interacts with it. --CRtwenty 05:10, 21 February 2007 (UTC)

Even so, that doesn't mean they're "stronger", just invisible. Kite's Drain Heart could probably find them. It changes the odds considerably, I'm just saying they're hardly "invincible". - Kuukai2 05:26, 21 February 2007 (UTC)

Well, they also fly around in a full three dimensions as opposed to just two, and Kite won't even be able to Drain Heart them without Protect Break. --AuraTwilight 00:45, 22 February 2007 (UTC)

Just clearing this up first: we agree that the phases aren't "better" now, and this is now just speculation on who would win if for some reason they did fight. That said, they'd need to Protect Break Kite too. Also, Kite could concievably recruit Tartarga or someone as a "spotter", or it's possible that he could see them in the "gate hacking" area, as that seems to be pure avatar space with no game environment overlayed. That would be a cool-looking battle. Magus would be very hard to kill, but the others are about the same. Also, we really don't know what would happen if Kite was DDed. Sure you get a game over, but you also do if you lose a normal fight. Same with Haseo/Skeith (though they kinda changed it to look like Skeith is recovering, "Game Over" is still inexplicable for Haseo). Add this to the fact that Azure Kite is pretty much Kite with a few missing screws, and that he possesses the same regeneration ability as the Epitaph Users, it's very likely that DDing Kite would just make him lose consciousness temporarily. The same is true for Epitaph-PCs, but we know that avatars can be defeated. Or something. Actually, there are so many unknowns it's like impossible to say. - Kuukai2 01:01, 22 February 2007 (UTC)

If Azure Kite is Kite's data then how did he get so powerful?The original Kite could never do the things that Azure Kite could do.--Kite X 23:08, 27 February 2007 (UTC)

Well seeing how Aura seems to be the one who created Azure Kite she might have given him more powers. It's also possible Kite was just as strong as Azure Kite but he did not know how to use his power. Wait... What do you mean Kite couldn't do what Azure Kite can? The only thing Azure Kite has done that Kite cannot has not done is make something like an Avatar.--Ellimist 23:23, 27 February 2007 (UTC)

That seems equivalent to Tsukasa's power, and might be doable the same way Gate Hacking is. The data draining a field to power up might have been doable, who knows? His powers and understanding of them advanced during the games, it's possible they kept doing so... - Kuukai2 23:37, 27 February 2007 (UTC)

I don't know about that. Would the original Kite really be willing to datadrain a person, even for a good reason? --Semysane 22:53, 2 March 2007 (UTC)

Retrieved from "https://dothack.fandom.com/wiki/Talk:Avatar_(Phases)?oldid=24420"
Community content is available under CC-BY-SA unless otherwise noted.