.hack//Link O.S.T. is the official soundtrack of the game sharing its name. Most of the music was produced by .hack series composer Chikayo Fukuda (LieN). Themes included from various past .hack series remain credited to their respective artists. 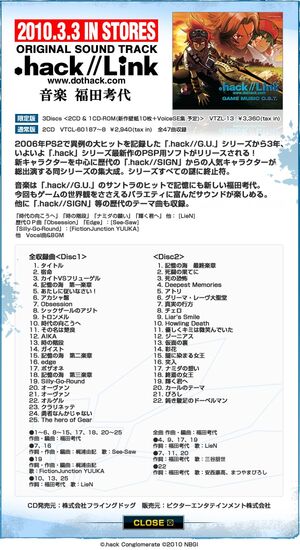 Disc 3 is part of the Limited Edition release of this soundtrack and contains thirteen wallpapers in two different resolutions: 1600x1200 and 1920x1200. It also includes forty tracks featuring numerous voice clips of characters.

The Queen Tainted by the Darkness, The Queen of Demise