AIDA (アイダ Aida), short for Artificially Intelligent Data Anomaly, is a term used by the CyberConnect Corporation to refer to the anomalous "black spots" appearing throughout The World R:2 and to the creatures that emerge from them. Little is known about the AIDA, but according to Yata, the AIDA are primarily interested in humans. It is for this reason that they stay within The World R:2, and do not spread outwards into the rest of the Internet. It is because of this that Yata believes that The World R:2 must remain open to its entire userbase, and not shut off to only administrators.

The AIDA are "natural" AIs, formed from the errors in the Internet caused by the disappearance of Aura. Unlike Aura, who was created by a system, the AIDA evolved much like normal life. The AIDA were originally harmless, but after several thousand of them were produced, a mutant appeared. This AIDA, Tri-Edge, had aggressive tendencies, and attacked a player. Since the AIDA are all connected, this aggression soon spread to the rest of them.

As the AIDA learned more about the outside world, through online news and the memories of their victims, they attempted to recreate parts of it within R:2. The first such artifacts were coinlockers, modeled from the news article "Coinlocker Baby" that first made AIDA aware of humans.

Eventually, Ovan used Corbenik's "Rebirth" ability in an attempt to destroy the AIDA. This, however, only destroyed the aggressive portion of the AIDA, that hadn't yet adapted to The World. The remainder peacefully coexists with the players of the game.

AIDA are drawn to human emotions, and frequently attach themselves to the PC bodies of players in The World R:2. AIDA-PC is a term referring to player characters that are infected by AIDA. Infection appears to take several forms and has several effects on the PC, Epitaph Users may become infected and lose control of their Avatar, and the AIDA may manifest into a physical form, or even alter a player's PC itself. Players PKed by those infected with AIDA become Lost Ones.

Characters that have been infected with and or used power of AIDA include:

During the .hack//G.U. Novels, AIDA can also infect monsters, transforming them into an AIDA monster, a monster that has been infeced by AIDA Data, similar to Data Bugs from previous series and capable of inflicting real-life pain into Players. Within the first volume The Terror of Death, one example of an AIDA monster appears as similar to the microbial AIDA Anna. However within the GU games AIDA monsters are slightly different and referenced on the Community Forum, but never encountered during gameplay. Although later on AIDA monsters do appear during .hack//Link.

This is a list of other meanings of AIDA given in text in .hack Conglomerate.

Endrance coexisting with and infected by the AIDA Mia in G.U. Vol. 1 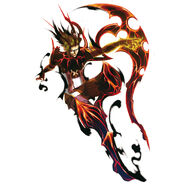 Atoli infected with AIDA during G.U. + 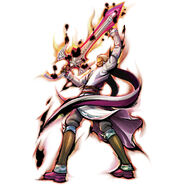 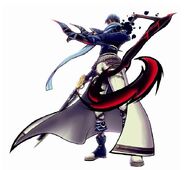 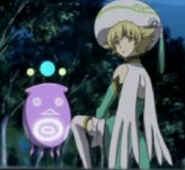 An AIDA Chim Chim next to Atoli in Returner